We have developed a replacement BIOS solution for the Playstation 1 console that solves a number of issues as described below.

All BIOS's come pre-flashed onto flash memory which is soldered onto a drop-in replacement pcb.

All Japanese consoles have an extra "territory" check in the BIOS, this means that even with a traditional modchip, it will still only boot Japanese Copies and not other region games.

The fix for this is using our newly developed BIOS Replacement PCB with the US BIOS flashed to it which doesn't have the "territory" check in place.

You can also use the PAL BIOS, however when booting, the boot and menu screen will display in 50Hz rather than 60hz which Japanese machines are designed for. That is why we would recommend the US BIOS as this is designed for 60Hz.

Which BIOS to Choose???

* All Japanese Consoles - We would recommend the US BIOS as these don't contain the extra "territory" check. You can use the PAL BIOS, however when booting, the boot and menu screen will display in 50Hz rather than 60hz which Japanese machines are designed for.

* If you would like a PAL machine to boot in 60Hz rather than 50Hz we would recommend a US BIOS.

* If you just need a replacement BIOS PCB because your original chip has become corrupted, you can use any bios you wish.

* You can find your motherboard revision by taking your console apart and look for PU-XX on the mainboard.

PSX-XBOO is an alternative BIOS developed by NO$CASH which incorporates numerous features compared to the original BIOS.

PSX-XBOO HAS NOT BEEN TESTED WITH PSIO or xStation, SO WE CANNOT GUARANTEE IT WILL WORK.

Step 1. Make sure the power cable is removed before working on your console.

Step 2. Remove the 5 or 6 screws underneath the console, flip console over and remove top casing.

Step 3. Carefully remove the 2 connectors from the disk drive and place to one side.

Step 4. Remove the controller port ribbon cable and the small connecting cable from the power supply.

Step 5. Remove the 4-5 screws holding down the steel motherboard cover plate and remove.

Step 7. You MAY have to remove metal shielding if this is covering the chip we need to remove.

Step 8. Once removed, locate the chip where it is marked "IC203" next to it, this is the chip we need to remove.

Step 9. Use precision side cutters to snip the legs off the chip, or use a hot air station to remove chip just in case you want to revert back to stock.

Step 11. Place the replacement BIOS PCB over the pads and solder each side to the corresponding pads.

Step 12. If you purchased the board with the additional Mayumi V4 Modchip, use the 6 highlights points to install, if not skip to step 14.

Step 14. Test and make sure it is fully working before fully re-assembling. 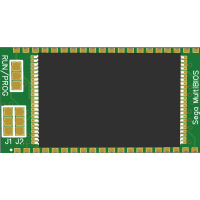 We have developed a replacement BIOS solution for the following consoles that allows them to be comp.. 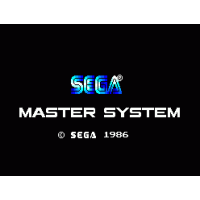 The Master System M404 prototype BIOS was found in a development machine which was originally sent t.. 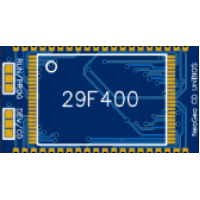 We have developed a replacement BIOS solution for the following consoles that allows you to use Razo..